Arukenimon and Mummymon are Digimon who each have two forms - a human form and a Digimon form.

Arukenimon's Digimon form is a big spider. In her human form she has white hair and sunglasses. Arukenimon uses her Spirit Needle attack to create Control Spire Digimon that attack the Digidestined. She lives in the Giga House, a huge mansion where everything is several times its normal size. Arukenimon is constantly trying to destroy the Digidestined. She was the one who planted the idea of Control Spires in Ken's mind. 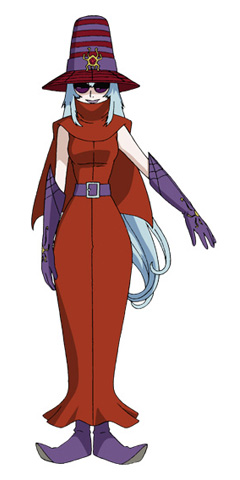 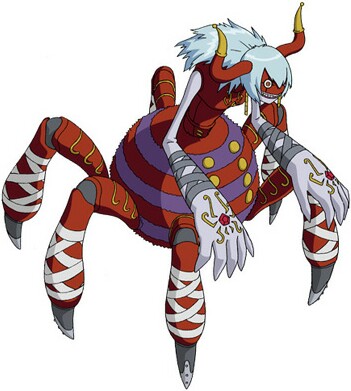 Mummymon is Arukenimon's stupid sidekick and he's mainly there for comic relief. He's *very* stupid. His human form has a tall hat and his Digimon form is an Egyptian mummy with bandages trailing around. He gets hit a lot by Arukenimon. 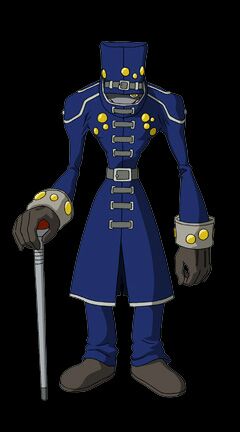