Cherubimon is one of the Three Great Angels, which means he's supposed to be one of the Digiworld's protectors. In any case, instead of protecting the middle of the Digital World, which is his job, he somehow goes and gets himself corrupted by Lucemon (clever move, Cherubimon) and starts beating up the other two Angels, Seraphimon and Ophanimon. Well, kind of, anyway. He "incapacitates" them, so they can't be much help to the Digidestined. He also gathers followers - the hybrids Ranamon, Grumblemon, Arbormon and Mercurymon, collectively known as the "Evil Hybrids" - and corrupts the Spirits of Darkness so that Kouichi gets brainwashed and tries to destroy his brother. (Nice guy, that Cherubimon.)

After a long battle, the Digidestined think Cherubimon's gone, but... he's not. (You could see that coming, couldn't you?) Eventually though, they manage to defeat him, he turns good again and he is reborn as Lopmon. (Awww! How cute! That makes 3 seasons with Lopmon in them, if you count DtM part 3 as season 2 which everyone does.) 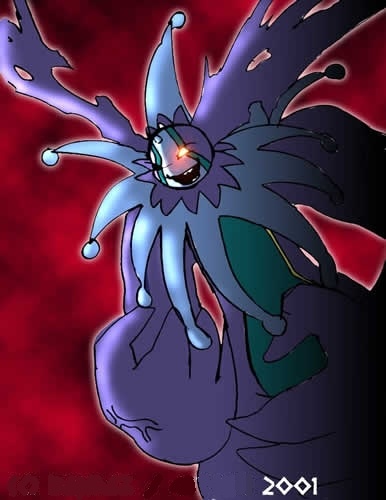