The D-Reaper started as a tiny computer program designed to delete excess data in the Digimon Project. As Digimon evolved, however, the deletion program also evolved into the D-Reaper. It went out of control and started trying to destroy all the Digimon. It took over Jeri's body after Leomon was deleted, and trapped the real Jeri inside its brain.

The D-Reaper is made up of several parts: its brain, a sphere in the centre, a whole lot of armour and weapons, a kind of human-looking part, and a heap of red bubbles that swamp everything. The D-Reaper moved in on the real world when the Tamers returned home. It was eventually reduced to its original form and sent back to the Digital World with the power of the Biomerges in the real world. (Thanks, Dobermon!) 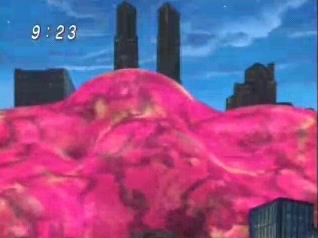 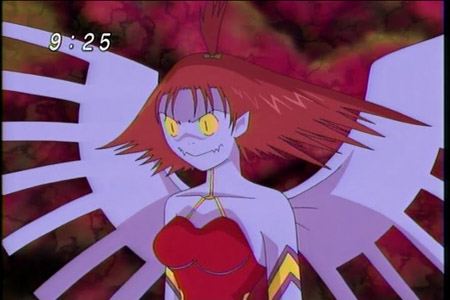 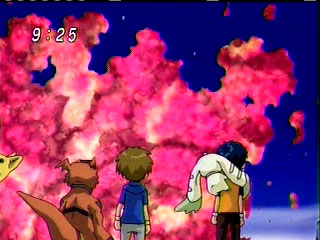